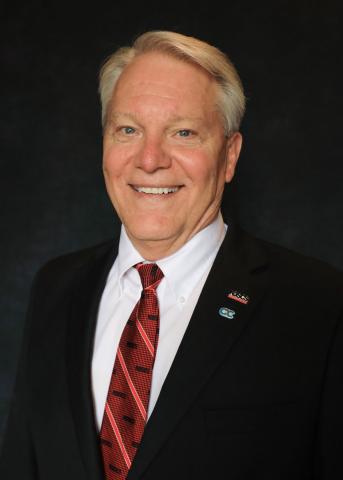 President John Richman announces his retirement after 35 years at NDSCS

“After 42 years in higher education, and 35 years of that spent at NDSCS, it feels like the right time to retire. I am very thankful to have spent the majority of my career at NDSCS and could not be prouder of the mission-focused institution it is today. It is the dedicated people and their commitment to our students which makes the College a special place, and I look forward to watching NDSCS thrive into the future,” said Richman.

Richman first came to NDSCS as a student in the early 1970s. He returned in 1986 as the Head Football Coach and through the years has been an instructor in the Health, Physical Education and Recreation Department, the Director of Athletics, and Vice President for Academic and Student Affairs. Richman then served as interim President for one year and was appointed the ninth president by the State Board of Higher Education in February of 2007.

During his time at NDSCS, Richman has led the College through innovative and purposeful change, enabling NDSCS to be recognized as one of the premier two-year colleges in the U.S. Notably, he facilitated NDSCS’s high performance and strong student outcomes by implementing initiatives to expand access to Career and Technical Education to high schools, improving the College’s fiscal position through budget alignment and increasing the NDSCS Alumni Foundation’s endowment to $28 million, diversifying workforce training opportunities, creating efficient and affordable career pathways for students while simultaneously striving to meet the workforce needs of North Dakota and the region, and advancing capital improvements to enhance the learning spaces at both NDSCS locations.

North Dakota University System Chancellor Mark R. Hagerott commented on his long-lasting and impactful leadership “Dr. Richman has served NDSCS in multiple roles for decades, and as President with unparalleled energy and dedication for close to 15 years. We wish him and Marcia the very best as they embark on the next phase of life's journey."

Richman has been a dedicated collaborator and an advocate of giving back. He has served many local, regional, national organizations, including as a Trustee for the Higher Learning Commission, several years on the United Way of Richland and Wilkin, and later the Richland Wilkin Community Foundation board, the National Coalition of Certification Center (NC3) board, and being active with the Wahpeton Community and Fargo-Moorhead Economic Development Corporations.

His outstanding leadership has been recognized several times, in 2016 he was presented with the NASPA Region IV-West Presidential Excellence Award for continually demonstrating his passion and commitment to supporting students' success; he was named a Minnesota State University Moorhead (MSUM) Distinguished Alumnus in 2009; received the Associated Equipment Distributors Founders award in 2011 and the NC3 Founders award in 2016, and has been inducted into both the NDSCS and MSUM Athletic Halls of Fame.

For a full biography and photo visit: www.ndscs.edu/President