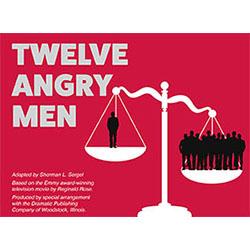 The North Dakota State College of Science Performing Arts Department will present its fall play, Twelve Angry Men, nightly at 7:00 p.m. November 8-10, 2016 in the Bremer Bank Theatre in the Harry Stern and Ella Stern Cultural Center on the NDSCS campus in Wahpeton. Admission to the play is free.

Twelve Angry Men, based on the Emmy award winning television movie by Reginald Rose, is adapted by Sherman L. Sergel and produced by special arrangement with the Dramatic Publishing Company of Woodstock, Illinois.